With these simple tips, you can have more fun in the kitchen and prepare exciting, delicious dishes. Cooking isn’t rocket science. Anyone can do it, but if you want to stand out as a cook, be open to new ideas, ingredients, and ways to prepare them. 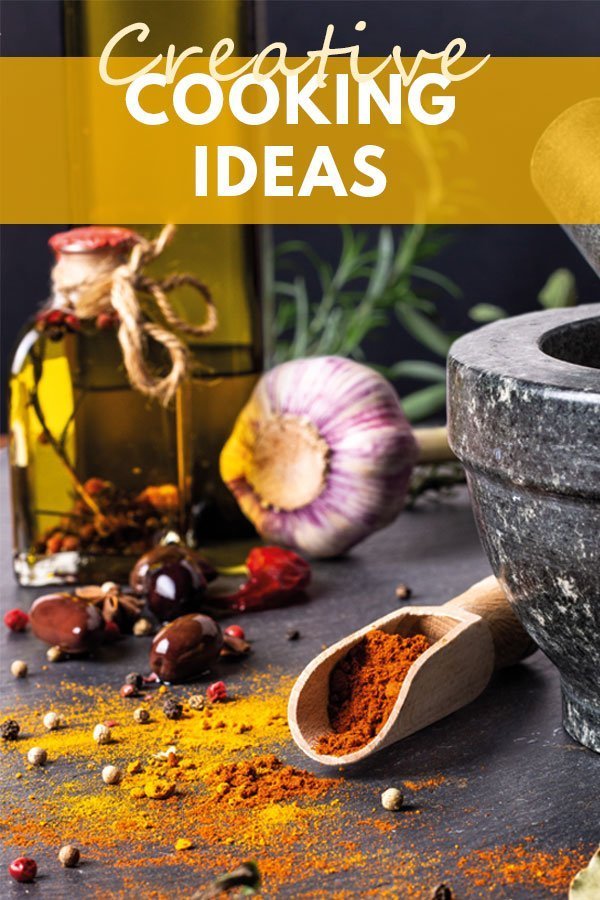 If you’re into cooking, you’ve probably already cooked Chinese, Indian and Italian food, perhaps Thai and Greek, but there are many more intriguing cuisines than just those. What about Persian, Spanish, Cambodian, Ethiopian or Peruvian?

These days you don’t even need to go and by a cookbook – Google is your friend. After you find a cuisine you like, you can always combine some of their best ideas into your own homestyle cooking.

Are there any vegetables or fruit you haven’t yet tried?

What about nuts and grains? Spices?

Now that you can Google up recipes and tips, there are no excuses not to try new things. You could well find yourself loving amaranth, sea buckthorn or almond milk. New spices could transform your favorite dishes into something even better.

Savory or Sweet? It Doesn’t Matter

We tend to see foods as savory or sweet, but usually, such distinction does not really matter. For example, in Asia beans are often used in desserts. On the other hand, you might well use strawberries, chocolate or dried fruit in the main dish. 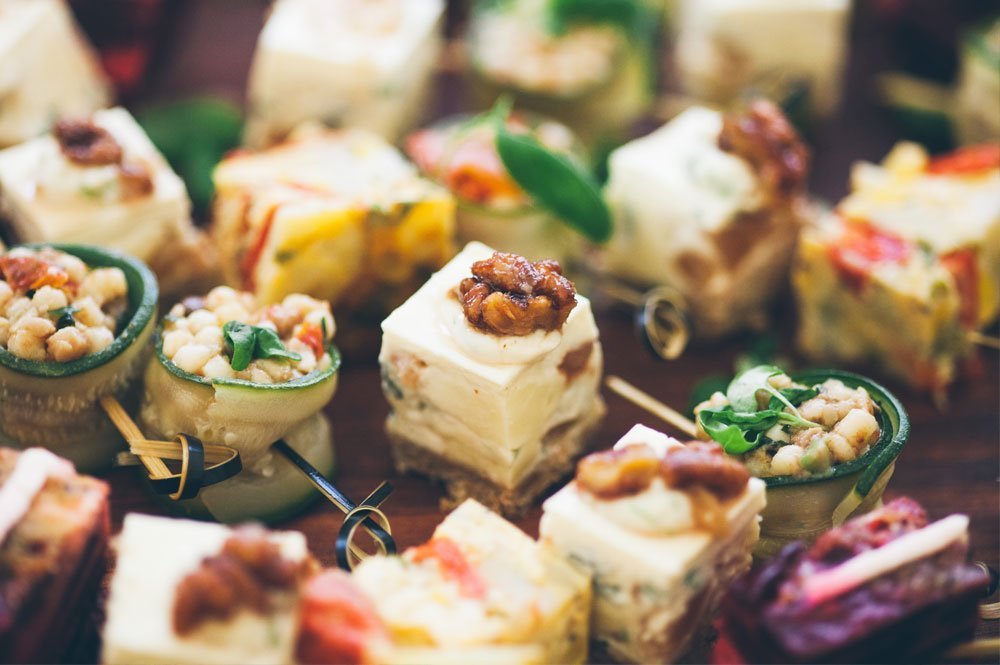 Even the distinction that the main dish has to be savory and the dessert sweet can go. In some parts of Asia, desserts can be either sweet or savory.

Give Old Enemies a New Chance

Try out ingredients you haven’t liked before. It can take a few tries to really learn to like a new food, but often the reason people don’t like a certain food is that they’ve never had it prepared the way they like.

Hate Brussels sprouts? Try them roasted instead of boiled/steamed. Not a fan of mushrooms? There are dozens of different kinds of mushrooms and not all of them are “slimy,” if that’s what you object to.

A New Twist to Old Recipes

An easy way to adapt recipes is to switch ingredients to similar ones. What about using mint and pecans in pesto instead of basil and pine nuts? Maybe grandma’s peanut butter cookies would taste even better made with cashew or almond butter. And whoever said you couldn’t make hummus with black beans?

Molecular gastronomy is a super fancy school of gourmet where food is often served in peculiar ways, such as lollipops and foams. You don’t have to go that far, but do try out something new. The main dish can be cold – even frozen. Instead of mash or a soup, what about a mousse?

You could even try adapting your favorite recipe into a new form. Fan of Pina Colada? Try making a Pina Colada cake. Peanut butter and jam smoothie? Who knows, it might just work. 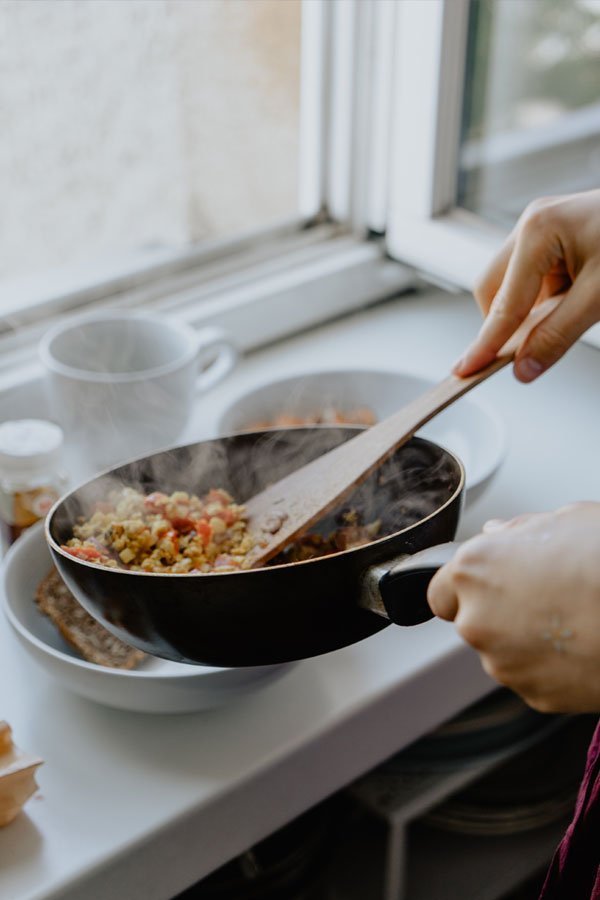 Remember that you can’t go “wrong” with cooking. Everything is allowed. Every once in a while a brilliant vision might produce something inedible, but that isn’t the end of the world. Throw it out and eat Ramen noodles for dinner – it won’t kill you.

You’ll laugh at the whole thing the next day. Or your kids will have some fun with this cooking fail! The main thing as a busy mom is that you try new creative cooking ideas, and you always make time to have fun in the kitchen.

Hey! It is nice to meet you!

Hey Good Mommas! I’m Debbie! Mother to seven amazing kids, a wife, nurse, and all-around island lovin’ Hawaii girl. I created 9 on a Dime for all us moms out there raising a large family. This is a welcoming place for you to find normalcy in your large family parenting chaos. Tips, hacks, and happy moments curated just for you! Read More…

This website uses cookies to improve your experience while you navigate through the website. Out of these, the cookies that are categorized as necessary are stored on your browser as they are essential for the working of basic functionalities of the website. We also use third-party cookies that help us analyze and understand how you use this website. These cookies will be stored in your browser only with your consent. You also have the option to opt-out of these cookies. But opting out of some of these cookies may affect your browsing experience.
Necessary Always Enabled
Necessary cookies are absolutely essential for the website to function properly. This category only includes cookies that ensures basic functionalities and security features of the website. These cookies do not store any personal information.
Non-necessary
Any cookies that may not be particularly necessary for the website to function and is used specifically to collect user personal data via analytics, ads, other embedded contents are termed as non-necessary cookies. It is mandatory to procure user consent prior to running these cookies on your website.
SAVE & ACCEPT
We are a participant in the Amazon Services LLC Associates Program, an affiliate advertising program designed to provide a means for us to earn fees by linking to Amazon.com and affiliated sites.